REVIEW : Back in Play (Power Play #2) by Lynda Aicher 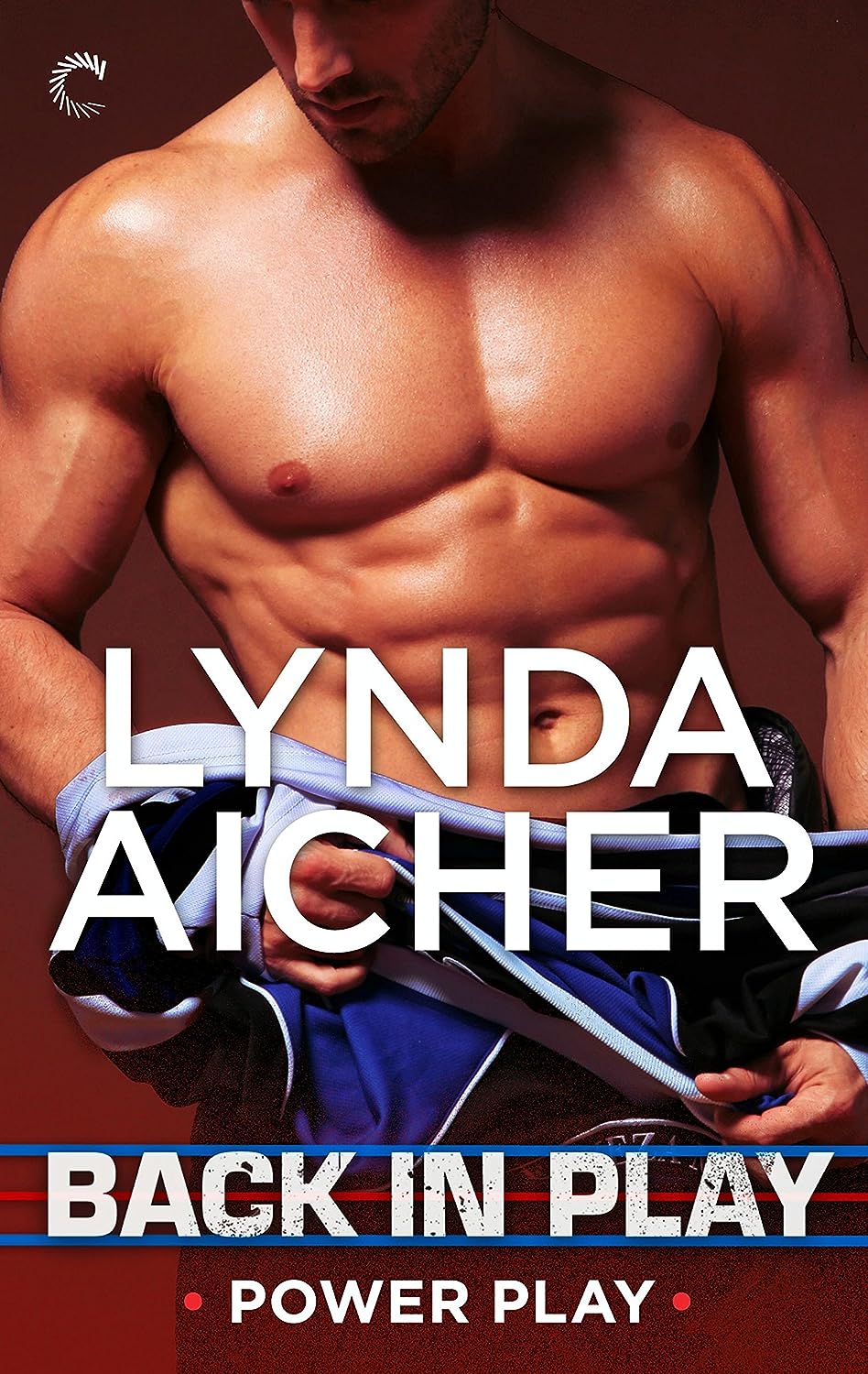 
For Minnesota Glaciers captain Scott Walters, skating on a bum knee—and self-medicating to keep skating on it—is all part of the game. That the painkillers he's eating prevent him from having meaningful relationships is just one more sacrifice in a lifetime of them. He's worked too hard to let his image be ruined by injury or dependency, so he hides the pain and fakes the rest—a girlfriend would only complicate matters.
High school teacher Rachel Fielding never needed a man in her life, but she also never intended to grow old alone. When she meets Scott while visiting her brother, she's intrigued to find herself wanting him in her bed. For hours at a time, as often as possible. Scott is a giver, and just the memory of his attentions is enough to drive her crazy. Anything long-term is out of the question, though—the pills she finds in Scott's house indicate he's struggling with a lot more than growing older in a young man's game.
When what starts out as a what-the-hell week long fling turns into Scott and Rachel exploring each other outside the bedroom, Rachel hesitates. But Scott asks for her support to break his addiction, and hearing him admit his secrets has her ignoring her own rules—until he breaks her heart. With the Glaciers refusing to renew his contract and his future with Rachel uncertain, Scott has some big decisions to make and a lot to prove—especially to himself.


Thanks to NetGalley and Carina Press for the ARC

I love being surprised by a book. I went into this one thinking it would be the typical sports star and his quest for love type book. I was absolutely wrong. Back in Play is an incredibly intense story that deals with a delicate subject matter.

Scott is in limbo with his hockey career when he and Rachel begin their romance. What should be just a week of fun quickly becomes more as Scott opens up to her about his fears for his future. Rachel knows there is more to the story than he is letting on and confronts him on it. Together they begin to heal old wounds of their past but Scott’s eagerness to claim hockey gold could quickly put him back on a dangerous path.

Scott and Rachel just ripped my heart to pieces. I mean you could FEEL the pain and the panic in these words. Lynda did such a fantastic job with all these characters. Even Scott’s teammates have such a strong presence. This is a really solid and emotionally packed read that I highly recommend.